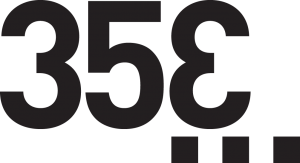 It is a state of mind. And a statement. It is standing up. And standing out. It is making a difference. And not being the same. It is keeping your cool. And being cool. It is serious. And it is fun. It is thoughtful. And it is banter. It is a person. It is inspired by conrad lewis. Who became private conrad lewis. Who became one of the brothers of 3 PARA. Who became wiser, stronger and prouder. Who became the 353rd soldier in the theatre of Afghanistan to give up everything for what he believed in. But this is not a full stop. This is the beginning. It is about the spirit of youth. It is about having the courage to change what you can. And the wisdom to know what you can’t. It is about respect. It is all or nothing. It is a way to live your life. It is about getting up when all around you falls. So until the reorg, GET BUSY LIVING.

On February the 9th 2011, our son Private Conrad Lewis became the 353rd british soldier to be killed in Afghanistan. Conrad lived his life to the full and fulfilled everything he wanted to do, including his last wish of fighting with his brothers in war torn Afghanistan. 353 Is in memory and celebration of a rich and happy life. But 353 is not a full stop. It is a new beginning…

353 Is a non-profit organisation with the aim of helping members of the military community by delivering long-term support to a variety of charities, soldiers and their families. We will also guide and support mourning families who want to raise money for charities in the name of the person they have lost.

To make as big a difference as possible, our ultimate mission is to become a recognised force for good worldwide through partnerships with other organisations. This will enable us to achieve our objective of providing a career and income within 353 for those affected by military conflict.

For more information go to www.353.org.uk