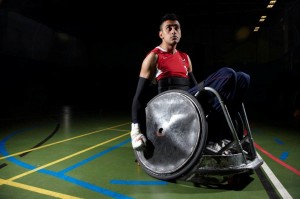 Mandip was born and bred in Leamington Spa, studied Mechanical Engineering and at the age of 19 his life was turned upside down.

He suffered a spinal cord injury in the summer of 2000 when he was involved in a road traffic accident. Unfortunately due to the injuries sustained he was diagnosed Teteraplegic meaning he would have impairment in all four limbs. He was sent to Stoke Mandeville where his rehab began. After a long period of rehab he was introduced to Bob O’Shea who ran sessions of wheelchair rugby in the hospital sports hall. Out of all the activities he did, rugby was by far the most enjoyable! He was given the number for his local team the Birmingham Bandits and his journey into the sport began!

After a year of training he was scouted for a World Friendship Tour in 2002 in which a development GB squad travelled with Haslemere RFC; an able bodied rugby team around the world in four weeks. He competed in San Diego, Singapore, Sydney and Cape Town. The tour was the changing point in Mandip’s life; helping his realise his limitations…he had none!

In the rugby world he’s known as Manni, his friends back home call him Dipps. A huge Liverpool FC fan, he loves football and the highs and lows of following a team. He enjoys traveling, he thinks himself very lucky as his profession takes him all over the world.  He also enjoys music, films, cars, and anything that involves competing. A keen cook, an athlete’s diet and nutrition is vital. He think its fun making food more interesting by combining various cultures. Mandip has recently undertaken a new hobby studying photography, he love pictures and he is currently getting to grips with a DSLR. 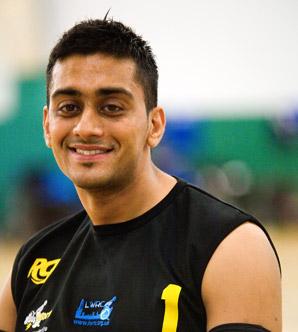 Mandip’s international debut was at the 2005 European Championships. This event convinced Mandip he wanted to compete at the highest level possible. The highlight of Mandip’s career so far has to be the 2012 London Paralympics and being selected for a Paralympics is honourable, especially a home games made it even more special. After narrowly missing out on a medal his hunger and desire to gain one has fuelled his training even more, he hopes to be selected for Rio 2016 and he hopes team Paralympics GB can come back with a medal.

Mandip says “I was introduced to Rugby4Heroes and 353 by OLRFC  Rugby4Heroes founder Mike Vallance. After an entertaining evening at last years ball I realised that this was a great cause and I wanted to help out in anyway I could. I was honoured to become a Patron for OLRFC Rugby4Heroes. I am so grateful for the men and women in our armed forces, who keep us safe in Great Britain. OLRFC Rugby4Heroes and 353 help make people aware of the sacrifices made by people in our armed forces and their families, giving support wherever needed.”